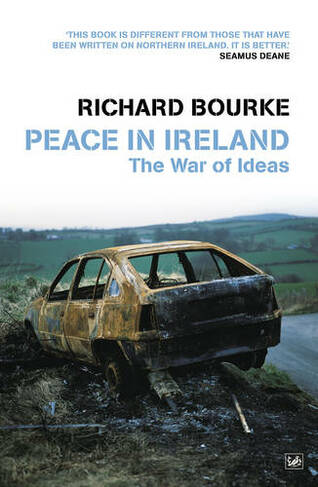 Peace In Ireland The War of Ideas

Peace in Ireland is a classic study of the Northern Ireland Troubles which examines the events of 1968-2003 in broad historical perspective, including an exploration of the ideological roots of the conflict in the late nineteenth and early twentieth centuries. It covers the decisive episodes that marked the trajectory of the Troubles, from the Civil Rights Movement, Bloody Sunday and the Sunningdale Agreement, to the hunger strikes, the paramilitary ceasefires and the Good Friday Agreement. The book exposes the assumption that the conflict was a product of imperialism, and challenges the idea that the descent into violence was brought about by atavistic regression or ethnic solidarity. Its central argument is that the Northern Ireland debacle was a distinctly modern conflict, fought over rival aspirations to popular sovereignty. Accordingly, the book places opposing conceptions of democratic legitimacy at the centre of the dispute. From this angle, it analyses both Nationalism and Republicanism as well as Unionism and Loyalism with the aim of providing a sustained investigation of the impact of political ideas on modern Ireland.

Richard Bourke took his BA at University College Dublin and his PhD at King's College, Cambridge. He has published on political, intellectual and literary history, focussing on the history of political ideas, particularly on Enlightenment thought and the career of Edmund Burke. He has frequently been a commentator on Northern Ireland for the BBC and RTE and has written for Fortnight Magazine, Prospect, Irish Times, Financial Times, the Times Literary Supplement and Political Quarterly. He is Professor in the History of Political Thought in the School of History at Queen Mary, University of London.