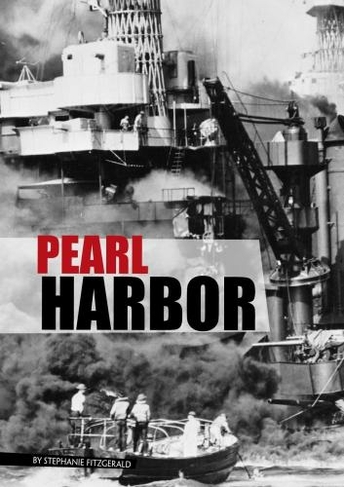 President Franklin D. Roosevelt called 7 December 1941 "a date which will live in infamy". Early that morning hundreds of Japanese fighter planes unexpectedly attacked the US naval base at Pearl Harbor, Hawaii. More than 2,000 Americans were killed and the battleships of the Pacific Fleet lay in ruins. The brutal attack launched the United States into war, a conflict that engulfed the world.

Angie Kaelberer has been a writer and editor for 20 years, including 15 years in children's publishing. Among her more than 20 books for kids are several about pro wrestling. Angie's favorite wrestlers are Mick Foley and Triple H. She lives in Minnesota with her husband and two Abyssinian cats.