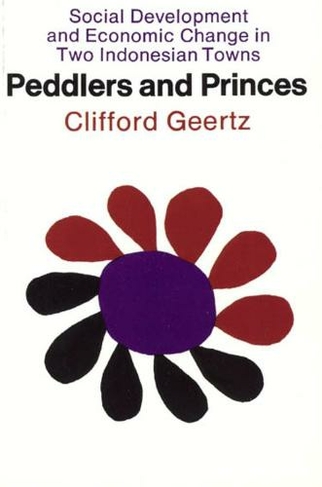 In a closely observed study of two Indonesian towns, Clifford Geertz analyzes the process of economic change in terms of people and behavior patterns rather than income and production. One of the rare empirical studies of the earliest stages of the transition to modern economic growth, Peddlers and Princes offers important facts and generalizations for the economist, the sociologist, and the South East Asia specialist. "Peddlers and Princes is, like much of Geertz's other writing, eminently rewarding . . . Case study and broader theory are brought together in an illuminating marriage."--Donald Hindley, Annals of The American Academy of Political and Social Science "What makes the book fascinating is the author's capacity to relate his anthropological findings to questions of central concern to the economist . . . "--H. G. Johnson, Journal of Political Economy

Clifford Geertz is professor of social sciences at the Institute for Advanced Study at Princeton University.