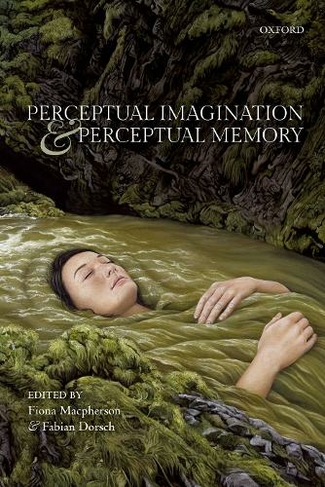 Also available on eBook for £42.59. Click here to purchase from Rakuten Kobo

Fiona Macpherson is Professor of Philosophy at the University of Glasgow, where she is also director of the Centre for the Study of Perceptual Experience. She is a fellow of the Royal Society of Edinburgh. Her work concerns the nature of consciousness, perception and perceptual experience, introspection, imagination and the metaphysics of mind. She has written on the nature of the senses, on cognitive penetration, and illusion and hallucination. She has publishedprevious edited collections: Hallucination (MIT Press 2013, with Dimitris Platchais), The Senses (OUP 2011), The Admissible Contents of Experience (Wiley-Blackwell 2011, with Katherine Hawley), and Disjunctivism (OUP 2008, with Adrian Haddock).Fabian Dorsch was Research Professor in Philosophy at the University of Fribourg, Switzerland, and the Director of the EXRE Centre of Research for Mind and Normativity, where he ran two research projects: The Normative Mind and The Aesthetic Mind. The main foci of his research were interrelated issues in aesthetics, the philosophy of mind, epistemology, and the philosophy of normativity, notably meta-ethics. He published a monograph on The Unity of Imagining in 2012 (De Gruyter). He was anassociate editor of the journal Dialectica and Editor-in-Chief of the journal Estetika: the Central European Journal of Aesthetics.