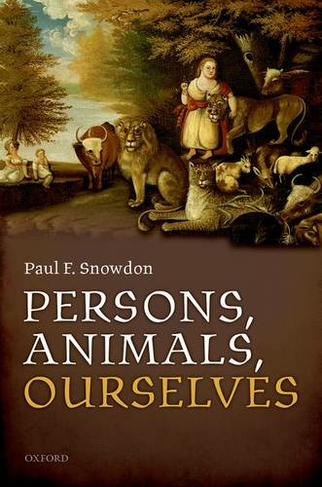 The starting point for this book is a particular answer to a question that grips many of us: what kind of thing are we? The particular answer is that we are animals (of a certain sort)-a view nowadays called 'animalism'. This answer will appear obvious to many but on the whole philosophers have rejected it. Paul F. Snowdon proposes, contrary to that attitude, that there are strong reasons to believe animalism and that when properly analysed the objections against it that philosophers have given are not convincing. One way to put the idea is that we should not think of ourselves as things that need psychological states or capacities to exist, any more that other animals do. The initial chapters analyse the content and general philosophical implications of animalism-including the so-called problem of personal identity, and that of the unity of consciousness-and they provide a framework which categorises the standard philosophical objections. Snowdon then argues that animalism is consistent with a perfectly plausible account of the central notion of a 'person', and he criticises the accounts offered by John Locke and by David Wiggins of that notion. In the two next chapters Snowdon argues that there are very strong reasons to think animalism is true, and proposes some central claims about animal which are relevant to the argument. In the rest of the book the task is to formulate and to persuade the reader of the lack of cogency of the standard philosophical objections, including the conviction that it is possible for the animal that I would be if animalism were true to continue in existence after I have ceased to exist, and the argument that it is possible for us to remain in existence even when the animal has ceased to exist. In considering these types of objections the views of various philosophers, including Nagel, Shoemaker, Johnston, Wilkes, and Olson, are also explored. Snowdon concludes that animalism represents a highly commonsensical and defensible way of thinking about ourselves, and that its rejection by philosophers rests on the tendency when doing philosophy to mistake fantasy for reality.

Paul F. Snowdon read Philosophy, Politics, and Economics at University College, Oxford, and remained there for the BPhil. He was appointed a lecturer in philosophy at Reading University in 1970, and became a Fellow and Lecturer in Philosophy at Exeter College Oxford a year later. In 2001 he became the Grote Professor in Mind Logic at University College London. He was President of the Aristotelian Society from 2003 to 2004, and has held visiting posts at WilliamsCollege in the USA, Umea University in Sweden, and the University of Otago in New Zealand.