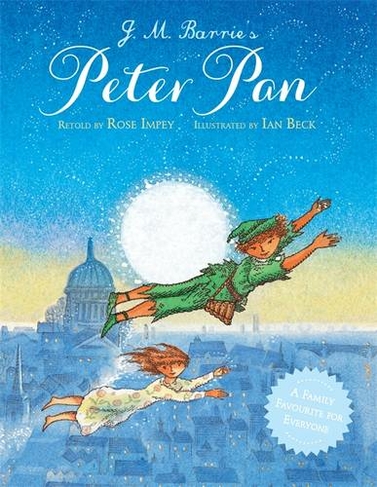 All children grow up, all except one. The magical story of Peter Pan, the boy who never grew up, has captivated generations of children. Rose Impey's sensitive adaptation of the story makes it accessible to younger children, while retaining the spirit of the original J. M. Barrie text. Ian Beck's enchanting illustrations superbly bring to life this much-loved fantasy - a valuable addition to every child's bookshelf and a perfect companion to the forthcoming film Pan.

Rose Impey, a former teacher, is highly regarded as a writer for children of all ages. She has written several novels and many bestselling series for Orchard, including Titchy Witch and Animal Crackers. Rose is also the creator of the bestselling Sleepover Club books, which became a major children's television series.Ian Beck is an award-winning author and illustrator who has sold more than 1 million books worldwide. He is best known for his beautifully illustrated picture books, including the bestselling Round and Round the Garden, which has been a family favourite for over 30 years, and Philip Pullman's Aladdin and the Magic Lamp. Ian lives in Richmond, Surrey with his wife and three children.