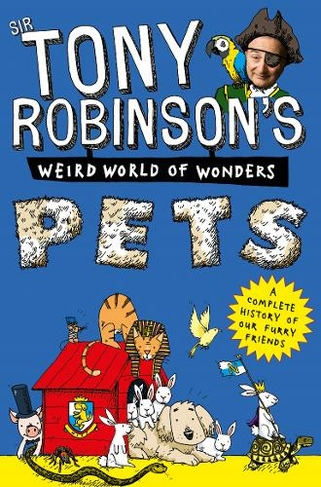 In Sir Tony Robinson's Weird World of Wonders: Pets, Sir Tony Robinson takes you on a headlong gallop through time, pointing out all the most important, funny, strange, amazing, entertaining and smelly bits about pets. It's history, but not as we know it! Find out everything you ever needed to know about pets through time in this brilliant illustrated, action-packed, fact-filled book, including: - The fact that Egyptians worshipped cats and shaved off their eyebrows to mourn them when they died - The brilliant and extremely useful jobs that animals did and still do for us in times of war - A whole array of bizarre animals through time, including medieval squirrels! - Pet fashions and fashionable pets And lots of other facts about the amazing pets that we spend our lives with. What are you waiting for? Let's get going . . . For more funny history facts discover the whole series!

Sir Tony Robinson has written many books on historical subjects, including The Worst Children's Jobs in History and Bad Kids. He has written several TV series for children, including Maid Marian and Her Merry Men, for which he received a BAFTA and a Royal Television Award. He presented Channel 4's Time Team series for twenty years and played Baldrick in Blackadder.