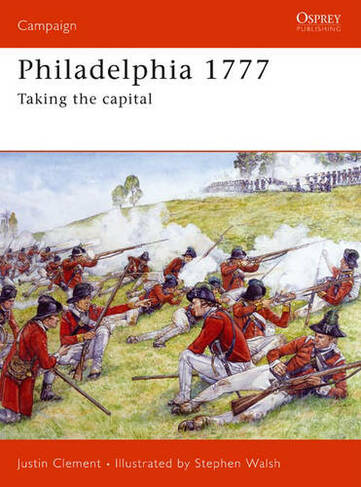 A turning point in the War of Independence, the campaign for Philadelphia, set in motion a series of events leading to the defeat of the British and eventual independence for the emerging American nation. From the landing of General William Howe's army at the head of the Elk River, to his eventual capture of Philadelphia, the campaign included some fascinating battles. The initial engagement at Brandywine, the Paoli Massacre and the missed opportunity at Germantown are all examined in detail by Justin Clement, with supporting maps, original artwork and photographs. Recently discovered information about the battle of Brandywine and analysis of the major personalities involved completes this comprehensive account of an important episode in the American War of Independence. Illustrations (some col.)

Justin Clement graduated from the New York State University of Buffalo with a degree in Physics, but history has always been his passion. He has been a living history re-enactor of the American Revolution many years, and he has transcribed several manuscript journals and orderly books and writes research articles for various living history organizations. He is also a member of the Company of Military Historians. He lives in Western Pennsylvania. The author lives in Williamsburg, VA.