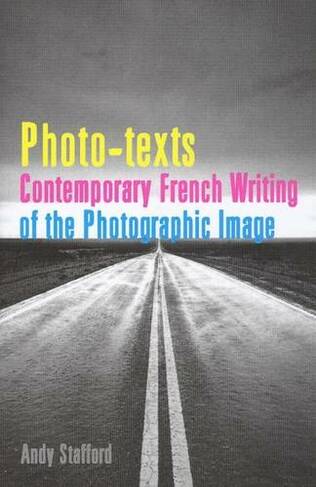 What do photographs want? Do they need any accompaniment in today's image-saturated society? Can writing inflect photography (or vice versa) in such a way that neither medium takes precedence? Or are they in constant, inexorable battle with each other? Taking nine case studies from the 1990s French-speaking world (from France, North Africa and the Caribbean), this book attempts to define the interaction between non-fictional written text (caption, essay, fragment, poem) and photographic image. Having considered three categories of 'intermediality' between text and photography - the collaborative, the self-collaborative and the retrospective - the book concludes that the dimensions of their interaction are not simple and two-fold (visuality versus/alongside textuality), but threefold and therefore 'complex'. Thus, the photo-text, as defined here, is concerned as much with orality - the demotic, the popular, the vernacular - as it is with visual and written culture. That text-image collaborations give space to the spoken, spectral traces of human discourse, suggests that the key element of the photo-text is its radical provisionality.

Andy Stafford is Senior Lecturer in French at the University of Leeds and co-editor of 'The Modern Essay in French' (Peter Lang, 2005) among other publications.