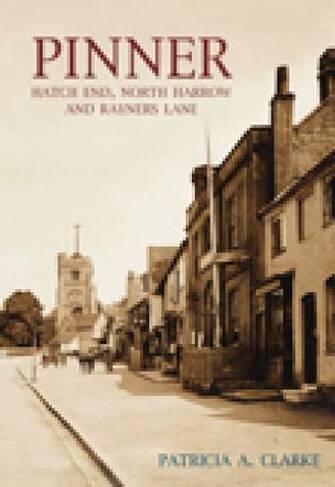 The success of 1994's Pinner, Hatch End, North Harrow and Rayners Lane. A Pictorial History gave Pinner Local History Society unrivalled access to old photographs that had previously languished unseen in private collections. Descendants of families which once lived here have also been inspired to ransack cellars and attics and the results of these searches are published here for the first time. Showing historical people, places and events, they offer the starkest and most immediate reminder of the Pinner our ancestors knew. In the century and half that has passed since the invention of photography the former country village has grown into the modern London suburb. The changes have been captured by the camera, and old photographs illustrate vividly just what has remained and what has changed in the High Street and in the hamlets such as East End, West End and Hatch End. They show how Pinner came to be distinguished by the hills, trees and parks which make it such a desirable place to live today, and how historical events impacted on the life of the community. Individual houses have come down or gone up in the world, whilst bombs, floods and developers have cleared others away altogether. World wars and extreme weather conditions have been caught on film, as have the less dramatic activities of local sporting and other recreational societies such as the local hunt. There are reminders here, too, of the Harrow Bowl, the Royal Commercial Travellers' School, the Cannon Lane gasholder, the vegetable stall in Bridge Street, and the Headstone Hotel. The last 150 years have brought some of the most significant changes to this corner of Middlesex. The illustrations in this delightful volume, captioned throughout in an informed and readable style, help us understand those changes and go some way to uncovering what makes this district a special one. The book will be enjoyed by all those who know or think they know the area.