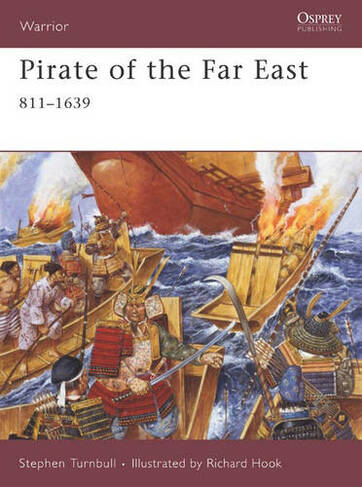 Osprey's survey of pirates of the Far East, from 811 to 1639. For many centuries, international relations between Medieval Japan, Korea and China were carried out by means of the 'inseparable trinity' of war, trade and piracy. Much has been written about the first two means of interaction. The third element, which combined the other two in a violent blend of free enterprise, is the subject of this original and exciting book. It is written by Stephen Turnbull, who has visited all three countries in search of the elusive pirates of the Far East. Illustrations (some col.)

Stephen Turnbull is recognized as one of the world's foremost military historians of the medieval and early modern periods. He first rose to prominence as a result of his 1977 book, The Samurai: A Military History. Since then he has achieved equal fame in writing about European military subjects and has published over 50 books. He always tries to concentrate on the less familiar areas of military history, in particular such topics as Korea, Eastern Europe, the Baltic states and the Teutonic Knights. The author lives in Leeds, UK.