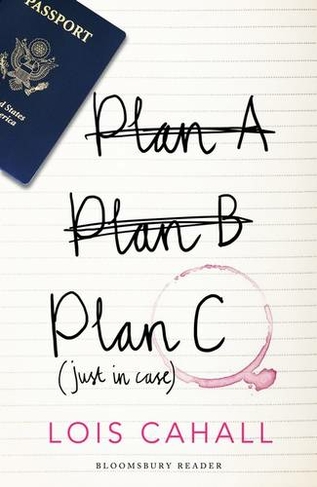 A screwball comedy with a heart. Thelma & Louise go to Europe. A revenge on midlife crisis. Plan A: We grow up, get married, have babies, white picket fence. Plan B: Mortgages, marriages, mistresses, divorce, my kids, his kids, stepkids, blended families. College tuition. Empty nest. Empty soul. Plan C: Cabernet, passports, jet lag, Ambien, Europe. Who needs reality? Until we realize reality can't be avoided. And truth is, we don't want to avoid it.We are a nation of underdogs - a society of hope. Plan C is accepting life as it comes, with no plan at all. Once upon a time there was a divorced, single mother named Libby Crockett, living and working her fingers to the bone on Cape Cod. Her Plan A had failed, and now she dreamed of a new life and a new love -- her Plan B. And Plan B worked! It brought her to glamorous New York to a new man, a new life...and his expensive ex, his out-of-control kids, and the biggest recession in 70 years. Was this really what Libby had been dreaming of? Maybe it was time for Plan C...

Lois Cahall began her career as a newspaper journalist in Boston, Massachusetts and as an associate producer for Nick (son of Judith Krantz) pursuing true-life stories for CBS TV movies. She's also appeared on numerous Television shows and was the anchor for ABC TV news "Top Priorityand" an occasional host on Good Morning America Now. This is Ms. Cahall's twentieth year as "The Screen Queen" (www.screenqueen.com), a syndicated radio personality covering the movie beat with an eye toward educating the "Bus Stop Mom" about age-appropriate family viewing of the latest Hollywood releases. Her broadcasts over the Saga Communications network reach more than 3 million listeners every week. Stepping outside of her personal of ""The Screen Queen"" Ms. Cahall writes about women's empowerment issues for women's magazines - including Redbook, Seventeen, Cosmo Girl, SELF, Marie Claire, Reader's Digest, Ladies Home Journal, Men's Journal and Bon Appetit. In the UK she's written for RED and Psychologies magazine and for the London Times. Ms. Cahall has completed her first novel, Plan C: Just in Case, edited by Simon Beaufoy, The Full Monty screenwriter who won the Oscar and Golden Globe for his runaway screenplay success with Slumdog Millionaire.