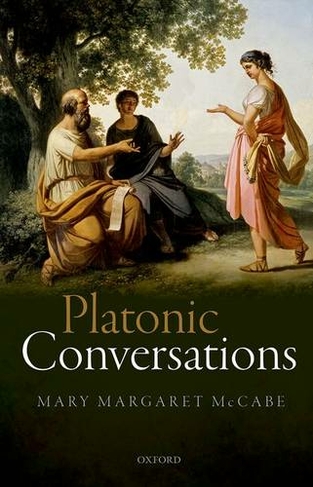 M. M. McCabe presents a selection of her essays which explore the ways in which the Platonic method of conversation may inform how we understand both the Platonic dialogues and the work of his predecessors and his successors. The centrality of conversation to philosophical method is taken here to account both for how we should read the ancients and for the connections between argument, knowledge, and virtue in the texts in question. The book argues that we should attend, consequently, to the reflective dimension of reading and thought; and that this reflection explains both how we should think about the conditions for perception and knowledge, and how those conditions, in turn, inform the theories of value of both Plato and Aristotle.

Mary Margaret McCabe works on ancient philosophy, ethics, and the philosophy of medicine; she has published mostly on Plato but also on the Presocratics, on Aristotle, and on the Stoics. She was Fellow in Classics at New Hall, Cambridge, from 1981 to 1990; in 1990 she moved to King's College London, and was Professor of Ancient Philosophy there from 1998 to 2014. She has spent extended periods in the USA (at Princeton, Harvard, and elsewhere) and will be the 2016-7Sather Professor at the University of California, Berkeley, delivering the Sather lectures. She is much engaged with the nature and future of the universities, and of philosophy in the universities; she was President of the British Philosophical Association from 2009 to 2012, and will be thePresident of the Mind Association in 2016-7.