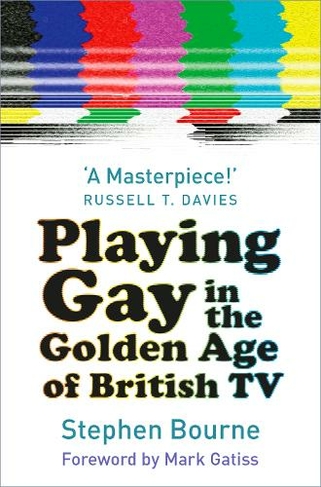 Playing Gay in the Golden Age of British TV

THE TELEVISION SET - the humble box in the corner of almost every British household - has brought about some of the biggest social changes in modern times. It gives us a window into the lives of people who are different from us: different classes, different races, different sexualities. And through this window, we've learnt that, perhaps, we're not so different after all. PLAYING GAY IN THE GOLDEN AGE OF BRITISH TV looks at gay male representation on and off the small screen - from the programmes that hinted at homoeroticism to Mary Whitehouse's Clean Up TV campaign, and The Naked Civil Servant to the birth of Channel 4 as an exciting 'alternative' television channel. Here, acclaimed social historian Stephen Bourne tells the story of the innovation, experimentation, back-tracking and bravery that led British television to help change society for the better. 20 Illustrations, black and white

STEPHEN BOURNE is the author of 18 books, including Brief Encounters: Lesbians and Gays in British Cinema 1930-71. From 1992 to 2001 he annually curated lesbian- and gay-themed TV retrospectives for the National Film Theatre. He has an MPhil from De Montfort University for his thesis on gay representation in British television drama, and an Honorary Fellowship from London South Bank University. He lives in London.