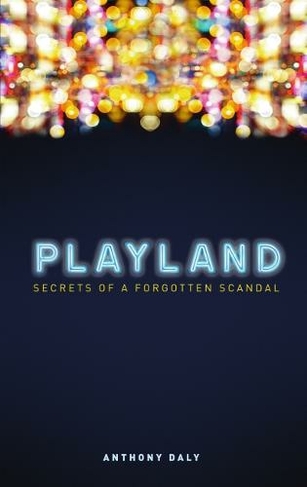 Playland: Secrets of a forgotten scandal

By Anthony Daly (Author)
Paperback
https://www.whsmith.co.uk/products/playland-secrets-of-a-forgotten-scandal/paperback/9781907324802-12-000.html £8.19 rrp £9.99 Save £1.80 (18%)
GBP
Availability
In Stock
Free Delivery Available When You Spend £25 Or More
Details
Spend £25 on eligible products to receive free standard delivery to home or free next working day click and collect to store
Share

'Explosive' Belfast Telegraph Chilling. Candid. Controversial. This is the voice of one man from within a dark scandal that nestled in the heart of London's Soho in the 1970s. Travelling to the big city to escape The Troubles in his native Northern Ireland, Anthony Daly accepted a job in Foyles Bookshop and began a new life in England. However, his naivety saw him quickly fall foul of predators, looking for young men to blackmail and sexually exploit. After years of hiding the secret of his abuse at the hands of some of the most influential men in the country, Anthony's trauma became harder to contain, as he witnessed revelations of historic abuse coming to light on TV and in newspapers. Then, finally, his lost voice ripped through the safe family life he had built over 40 years. With parallels to Joseph Conrad's Heart of Darkness, this is stylishly written and politically explosive. It is the haunting true story of a young man's decent into a hell designed to satisfy the powerful. A world that destroyed the lives of everyone involved. ***Previously published as Playland (2018)*** 'Tony Daly's story goes to the very heart of a corrupt and perverted establishment.' Derry Journal 'An extremely powerful and honest read that I just couldn't put down.' Waterstones staff review 'A shattering memoir' Robin Jarossi, author of The Hunt for the 60s Ripper

Antony Daly is the Human Resources Manager for a charity which runs a hostel for homeless man. He has worked in education and training, financial services, and the community and voluntary sector. He was educated at St Joseph's Boys' Secondary School and on the streets of London, followed by the Belfast Metropolitan College and the University of Bradford, where he graduated with an M.Ed.