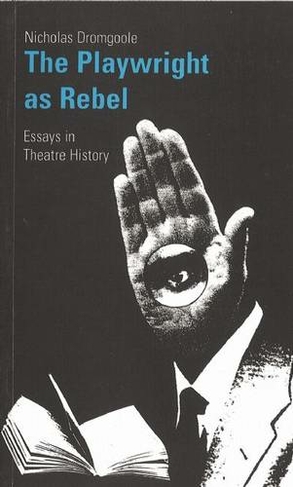 By Nicholas Dromgoole (Author)
Paperback
£15.63 rrp £16.99 Save £1.36 (8%)
GBP
Availability
In Stock
Free Delivery Available When You Spend £25 Or More
Details
Spend £25 On Products To Receive Free Standard Delivery To Your Home Or Free Next Day Click and Collect To Stores
Share

What was it about ancient Greece, Elizabethan England and Racine's 17th century France that made them particularly able to respond to and create the high points in tragic drama? Where do Moliere's comedies spring from? Why was the Romantic Movement such a watershed in our cultural history, and why was Schiller so handicapped when he attempted to write tragedies? Why was the theatre so despised in England in the 18th and 19th centuries? In The Playwright as Rebel, critic, academic and arts advisor Nicholas Dromgoole's collected essays in theatre history examine particular plays as key moments in drama history. In addition, by setting them in their cultural and historical context, he attempts to answer these wider questions, and to demonstrate that theatre plays a key part in disseminating ideas, attitudes and assumptions at crucial moments of social and ideological change.

Nicholas Dromgoole's published work includes 'The Playwright as Rebel' and 'Sibley and Dowell', a portrait of one of the great dance partnerships of our time, as well as many introductions to volumes of classical and contemporary drama. For over thirty years hs was dance critic for the Sunday Telegraph and a regular contributor to other magazines and newspapers including The Times and Punch. He has lectured widely on drama and drama history and contributed to various arts broadcasts on radio and television.