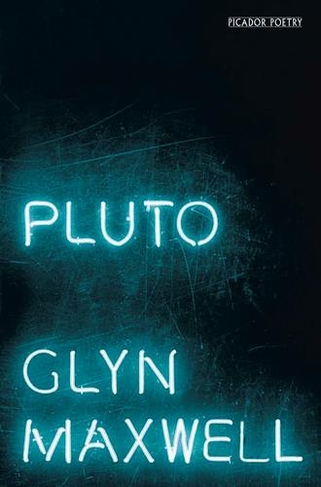 Pluto - the non-planet, the ex-planet - is the dominant celestial influence in Glyn Maxwell's new collection: Pluto is a book about change, the before-and-after of love, the aftermath of loss: change of status and station, home and place, of tense and pronoun. It also marks a radical departure for one of our most celebrated English poets: his formidable skills as a rhetorician and dramatist are suddenly directed inwardly, to produce poems of brutal self-examination, raw elegy, and strange songs of the kind those bruising encounters often leave us singing to ourselves. In Pluto, Maxwell has set out something like a metaphysic of the affair; the result is a lean and concentrated poetry of great emotional power, and far and away Glyn Maxwell's most directly personal work to date.

Glyn Maxwell has won several awards for his poetry, including the Somerset Maugham Prize, the E. M. Forster Prize from the American Academy of Arts and Letters and the Geoffrey Faber Memorial Prize. His work has been shortlisted for the Whitbread, Forward and T. S. Eliot Prizes. Many of his plays have been staged in the UK and USA, including The Lifeblood, which won British Theatre Guide's `Best Play' Award at the Edinburgh Fringe in 2004, and Liberty, which premiered at Shakespeare's Globe in 2008. He recently published On Poetry, a general reader's guide to the craft.