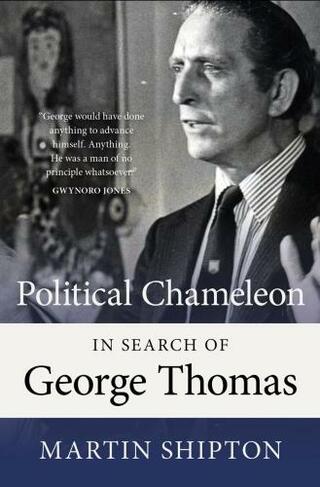 George Thomas, the former Labour Cabinet Minister and Speaker of the House of Commons, was the sycophant supreme of the British political system and arguably the most divisive figure in twentieth-century Welsh politics, whose transformation from a radical young socialist to Viscount Tonypandy, a fervent supporter of Margaret Thatcher and servile courtier to the English Royal Family who was perfectly described by poet Nigel Jenkins as 'The Lord of Lickspit'. Drawing on previously unpublished material from Thomas' vast personal and political archive in the National Library of Wales, and interviews with many who knew him during his career, award-winning journalist Martin Shipton reveals the real George Thomas, the complex character behind the carefully crafted facade of the devout Christian and ultra British-loyalist, and discovers a number of surprising and shocking personae - which have previously been unknown, downplayed or overlooked - of this ultimate Political Chameleon whose political legacy now lies in ruins: The devious draft-dodger during World War Two. The Communist sympathiser controlled by the Soviet Union. The secret Freemason. The self-proclaimed teetotaller who enjoyed alcohol in private. The close acquaintance of a controversial financier. The spiritual sidekick of a Saudi Arabian oil minister. The duplicitous informer for Harold Wilson. The shameless betrayer of the people of Aberfan. The die-hard opponent of devolution with a spiteful antipathy towards the Welsh language. The unscrupulous fixer of Honours and master of patronage. The 'confirmed bachelor' and Methodist lay-preacher who sought the company of 'rent boys'. Martin Shipton also investigates fresh evidence relating to the explosive allegation that Thomas was a child rapist and a predatory sexual abuser of young males. This is the book that his dwindling number of supporters feared and the book his political opponents have been waiting for. Political Chameleon dissects George Thomas chapter by chapter, exposing him as a sanctimonious hypocrite whose religious veneer was a sham. 20 b/w photos

Martin Shipton is Chief Reporter for the Western Mail.