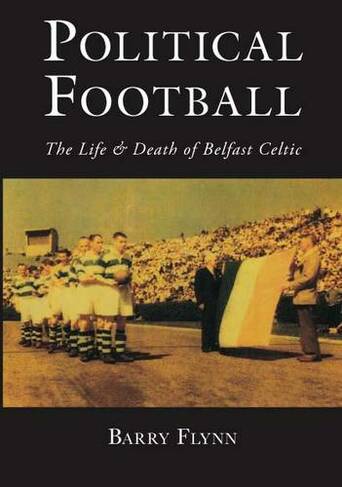 By Barry Flynn (Author)
Paperback
https://www.whsmith.co.uk/products/political-football-the-life-and-death-of-belfast-celtic-new-ed/barry-flynn/paperback/9781845889463-01-000.html £13.79 rrp £14.99 Save £1.20 (8%)
GBP
Availability
Currently unavailable. We don't know when or if this item will be back in stock
Free Saver Delivery on orders over £20
Details
FREE SHIPPING over £20 for Saver Delivery
Share

On 27 December 1948, rioting broke out during a match between Belfast Celtic and Linfield. Jimmy Jones, a prolific goalscorer for Belfast Celtic, was dragged from the pitch by the opposing fans, and beaten so badly that his career was ended. And with that ended the existence of Belfast Celtic after fifty-eight years in the game. In Political Football Barry Flynn traces the development of the team from its beginnings, in an attempt to discover the reasons behind the tragic events. Like that of every football club, the story of Belfast Celtic is one of victories and defeats. Theirs, however, is a story riddled with violence and hatred culminating in near-murder. Political Football reveals how the political and social unrest that took hold of the city of Belfast was refelcted in the history of the club, how tensions between two communities spilled onto both the pitch and the terraces, with devastating consequences.