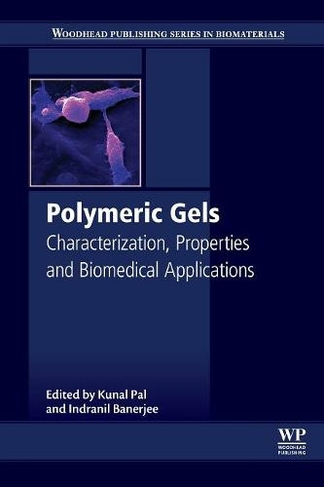 Also available on eBook for £224.39. Click here to purchase from Rakuten Kobo

Dr. Pal pursued his graduation in Pharmacy from University of Delhi, New Delhi, India in the year 2002 followed by post-graduation in Biomedical Engineering from Jadavpur University, Kolkata, India in the year 2004. Later, he did his Ph.D. in Materials Science from Indian Institute of Technology, Kharagpur, India in the year 2006. Subsequently, he joined Ryerson University, Toronto, Canada as a post-doctoral fellow in the year 2007. During his tenure at Ryerson University, he served as Vice-Chair (Elect), HQPA, AFMNet Network of Excellence, Canada. He joined National Institute of Technology, Rourkela, India in the year 2009 as an Assistant Professor in Biomedical Engineering. He is currently the Professor-in-Charge of Medical Electronics and Instrumentation Laboratory in the Department of Biotechnology and Medical Engineering, National Institute of technology, Rourkela, India. His major research interests revolve around Biomedical Signal Processing and Biomedical Equipment Design. He is also working in the fields of soft materials and controlled drug delivery. He has more than 140 publications in SCI cited journals of high repute, Book Chapters and peer-reviewed conferences. He is a very well cited researcher having more than 1800 citations. Prof. Indranil Banerjee did his Ph. D. in Biotechnology (Tissue Engineering) from Indian Institute of Technology Kharagpur, India in the year 2011. Presently, is holding the position of an Assistant Professor in the Department of Biotechnology and Medical Engineering at National Institute of Technology- Rourkela. He is the Professor-in-Charge of the Bioprocess Laboratory and Biomicrofludics Laboratory. His group is actively involved in understanding the cell physiology in response to biomaterials developed on a length scale (nano to macro). He was a visiting scientist in Maxplanck Institute of Intelligent System, Germany. Dr. Banerjee has authored 35 SCI cited publications in various journals of repute with a total citation of more than 450. He is also serving as industrial consultant.