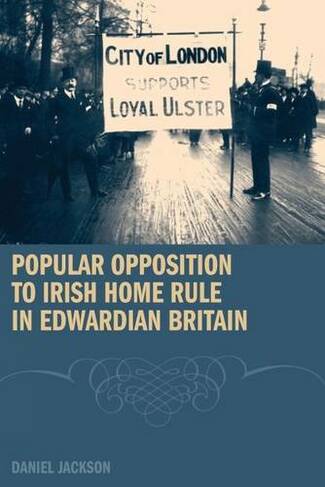 By Daniel Jackson (Author)
Hardback
https://www.whsmith.co.uk/products/popular-opposition-to-irish-home-rule-in-edwardian-britain/daniel-jackson/hardback/9781846311987-01-000.html £85.00
GBP
Availability
Currently unavailable. We don't know when or if this item will be back in stock
Share

This book is a salutary reminder that the realities of British politics before 1914 were more complex and rather different from the 'whiggish' stereotypes about New Liberalism, and the rise of Labour and class politics which have dominated our understanding of late Edwardian Britain. Jackson's groundbreaking research shows that from the start of the Third Home Rule Bill crisis, there was in Britain considerable popular interest in the Irish issue, and that the Curragh army mutiny of 1914 was not an isolated incident, but part of a wider popular movement. A well-orchestrated campaign of agitation led by Unionist leaders Sir Edward Carson and Andrew Bonar Law had so exploited patriotic and sectarian resentment at the prospect of Irish Home Rule that by 1914 the United Kingdom was on the verge of civil war. Jackson locates this movement at the end of a 'long nineteenth century', where communal and confessional identities were still as powerful as class, and where native hostility to Catholicism and Irish migration still prevailed. This work shows that the rhetoric and street-theatre of Carsonism had as much resonance in Britain as 'Protestant Ulster', where enormous crowds turned out to protest against Home Rule throughout Great Britain (and not just in the sectarian cauldrons of Liverpool and Glasgow). For Jackson, the study of these massive demonstrations becomes a way of capturing the opinions of those rendered voiceless by history, and shows how the Ulster question allowed Conservative politicians to bridge the gap between elites and masses, and elicit a degree of popular enthusiasm unmatched in the years before the Great War.

Daniel Jackson works in policy development in local government. He has contributed articles to a number of journals including Transactions of the Historic Society of Lancashire and Cheshire.