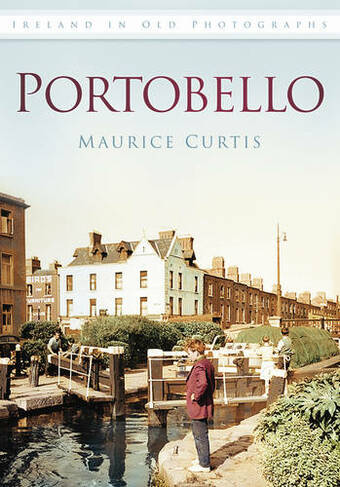 Portobello lies on the bank of the Grand Canal, stretching from South Richmond Street to Clanbrassil Street and the South Circular Road and including some of the adjacent roads and streets. It is one of the country's most well-known suburbs, and has long been a hub for artistic and cultural Dublin. The list of luminaries associated with Portobello is quiet extraordinary. It includes some of the great names of Irish letters, including George Bernard Shaw, James Joyce and Brendan Behan; some of Ireland's best-known actors, artists, directors, sculptors and painters, among them Barry Fitzgerald and Jack B.Yeats. And not forgetting some of the country's most prominent politicians and presidents. In this book, Maurice Curtis, takes the reader on a visual tour of Portobello through the decades, recounting both the familiar and the events and places that have faded over time, revealing many fascinating details, including the fact that Dublin's Portobello was named after an area on the East Coast of Panama! This, and much more, is captured in a timeless volume, which pays fitting tribute to this well-loved part of the city.

Maurice Curtis is an author and historian, and long time resident of Dublin. This is his third book with The History Press, following on from Rathmines.