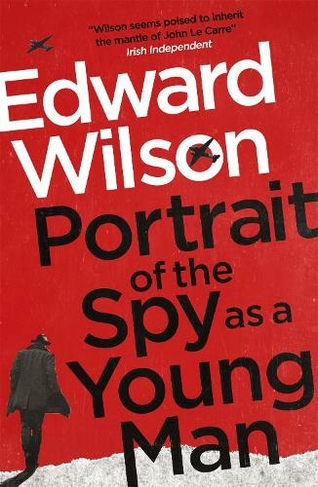 Portrait of the Spy as a Young Man

1941: a teenage William Catesby leaves Cambridge to join the army and support the war effort. Parachuted into Occupied France as an SOE officer, he witnesses tragedies and remarkable feats of bravery during the French Resistance. 2014: now in his nineties, Catesby recounts his life to his granddaughter for the first time. Their interviews weave together the historical, the personal and the emotional, skipping across different decades and continents to reveal a complex and conflicted man. Catesby's incredible story recounts a life of spying and the trauma of war, but also lost love, yearning, and hope for the future. Praise for Edward Wilson: 'Ted Wilson, writing out of deepest Suffolk, is a magnificent addition to the English tradition of writing about this dark side of politics and government. He deserves a big readership as fact and fiction blend into great storytelling.' Tribune 'High calibre writing throughout, and an array of extraordinary characters. Not to be missed.' Shots 'Edward Wilson seems poised to inherit the mantle of John le Carre' Irish Independent

Edward Wilson's first home was a waterfront bar in Fell's Point, a Baltimore neighbourhood whose residents included Billie Holiday and Edgar Alan Poe. He went to Baltimore Poly, a school where Ta-Nehisi Coates and Dashiell Hammett were former students. He served in Vietnam with the 5th SFGA and was decorated for his part in rescuing wounded Vietnamese soldiers from a minefield. After leaving the Army, Wilson became an expatriate and gave up US nationality to become a British citizen. He has also lived and worked in Germany and France, and was a post-graduate student at Edinburgh University. He is the author of eight novels, A River in May, The Envoy, The Darkling Spy, The Midnight Swimmer, A Very British Ending, The Whitehall Mandarin, South Atlantic Requiem and Portrait of the Spy as Young Man, all published by Arcadia Books. The author taught at Lowestoft College and local schools for thirty years. He lives with his wife Julia in rural Suffolk where they garden and try to identify birds.