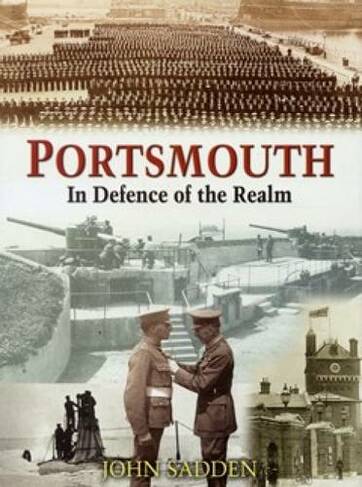 Portsmouth: In Defence of the Realm

On both sides of the harbour, Pompey's fortifications, military garrison, dockyard, naval and air defence establishments-and much more-are fully featured in this enthralling new history ... Portsmouth Harbour has offered a secure anchorage for fighting fleets since Roman times. The growth of `Pompey' from an adjunct to the ancient military centre at Portchester to the world's premier naval base in Britain's imperial heyday is fully explained and described in this new book, which, for the first time, brings together the history of the harbour's fortifications, military garrison, dockyard, naval and air defence establishments. Portsmouth was an important naval base by the early Middle Ages, but it was not until the 18th century and the beginning of the long series of wars with France and Spain that it began its rapid rise to pre-eminence. Many establishments sprang up to support this growth, on both sides of the harbour. Naval, military and Marine barracks, the Gunwharf, the great Dockyard, Haslar Hospital, Priddy's Hard, Clarence Victualling Yard and the Gunnery School, HMS Excellent. All are fully featured in this comprehensive, yet compelling, condensation of tons of archives into a very readable book. Not confined to the evolution of facilities and fortifications, the author's narrative highlights the many defensive and offensive innovations that were developed locally, and the parts played by such individuals as Jonas Hanway, Agnes Weston, Sarah Robinson, Admiral Sir Jacky Fisher, Dr. James Lind and William and Robert Froude. Well illustrated by carefully selected engravings and rare photographs, many never previously published, this book will undoubtedly become the standard work; essential to interested residents and visitors and of great value to naval and military historians everywhere.

John Sadden is Portsmouth born and bred. Educated at Southern Grammar School and Portsmouth Polytechnic, where he gained a first class honours degree and qualified as a teacher, he went on to study at the University of North London adding a qualification as librarian. Following work at the County Planning and Surveyors' Library, in Winchester, and public libraries in the Fareham area, he is currently both Lending Librarian in Petersfield and a Reference Librarian at the University of Portsmouth. His consuming, combined interest in local, naval and military history was successfully expressed in his first book, Keep the Home Fires Burning (1990), a history of Portsmouth and Gosport in the First World War. He has also compiled best-selling volumes of local archive photographs and contributes to Hampshire, the county magazine. John currently maintains a large collection of photographs recording changes in the built environment of the Portsmouth area, as a record for future historians. Another on-going project covers the county's growing number of periodicals. The first fruit was The Hampshire Index, a 27,000 entry compilation published in 1998 and in use throughout the county's public libraries, which enables local historians to access these valuable secondary sources. John lives in Gosport with his wife, Irene, and daughter, Karen.