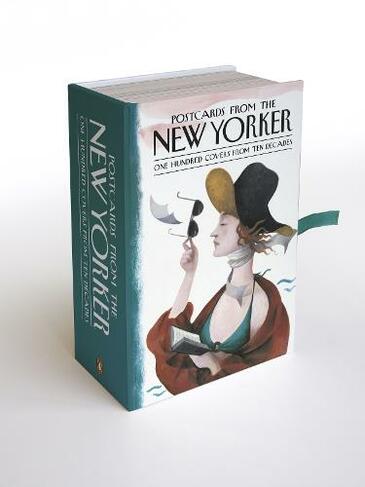 Postcards from The New Yorker One Hundred Covers from Ten Decades

The New Yorker was launched in 1925, and offers reporting, criticism, essays, fiction, poetry, humour, and cartoons. From the very outset, the founders, Harold Ross and Jane Grant, declared that their sophisticated magazine was 'not edited for the old lady in Dubuque'. The New Yorker has also offered great literature in short stories from such acclaimed writers as John Cheever, Roald Dahl, Alice Munro, Haruki Murakami, Vladimir Nabokov, J. D. Salinger, and Shirley Jackson. From the very first issue, the now iconic monocled dandy Eustace Tilley made The New Yorker's covers unique and pointed. These signature traits have continued right up to the present day in the striking and sometimes controversial covers from such artists as Peter Arno, William Steig, Saul Steinberg, Jean-Jacques Sempe, and Art Spiegelman. Selected by Francoise Mouly

Francoise Mouly joined The New Yorker as art editor in April 1993. She is the publisher and Editorial Director of TOON Books, an imprint of Candlewick Press. In 1980, Ms. Mouly was the founder, publisher, designer and co-editor with her husband, Art Spiegelman, of the pioneering comics anthology 'RAW', which launched artists such as Charles Burns, Sue Coe, Chris Ware, Xavier Mariscal, and many others. Ms. Mouly has been responsible for over 900 covers over her tenure at The New Yorker, many of which have been chosen by The American Society of Magazine Editors (ASME) as 'best cover of the year'. Born in Paris, Francoise Mouly studied architecture at the Beaux Arts, and moved to New York in 1974. In 2011 Ms. Mouly was awarded France(1)s highest honor, the Legion of Honneur. She and her husband live in Manhattan.