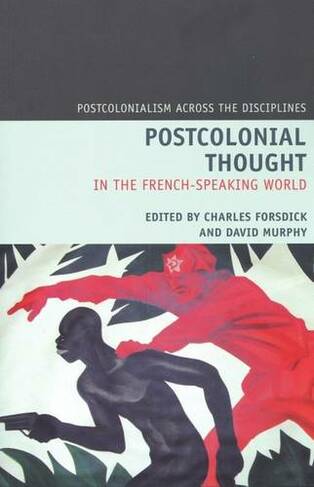 Postcolonial Thought in the French Speaking World: (Postcolonialism Across the Disciplines 4)

In the late 1990's, Postcolonial Studies risked imploding as a credible area of academic enquiry. Repeated anthologization and an overemphasis on the English-language literatures led to sustained critiques of the field and to an active search for alternative approaches to the globalized and transnational formations of the post-colonial world. In the early twenty-first century, however, postcolonial began to reveal a new openness to its comparative dimensions. French-language contributors to postcolonial debate (such as Edouard Glissant and Abdelkebir Khatibi) have recently risen to greater prominence in the English-speaking world, and there have also appeared an increasing number of important critical and theoretical texts on postcolonial issues, written by scholars working principally on French-language material. It is to such a context that this book responds. Acknowledging these shifts, this volume provides an essential tool for students and scholars outside French departments seeking a way into the study of Francophone colonial postcolonial debates. At the same time, it supplies scholars in French with a comprehensive overview of essential ideas and key intellectuals in this area.