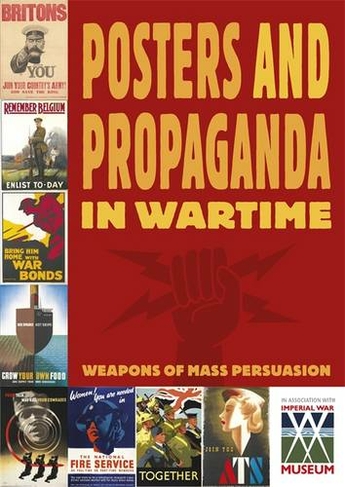 During the two world wars of the 20th century, the British government used posters to influence people on a massive scale. This book, produced in association with the Imperial War Museum, tells the story of these weapons of mass persuasion.

Ruth Thomson is an award-winning educational author (with an MA in Museum and Gallery learning) , who specialises in writing books on art and history. Her art books include Grisly & Gruesome, Saints and Looking at Paintings for the National Gallery, London, a short biography of Georgia O'Keeffe and several hands-on art packs for Tate galleries. She has also co-written Posters and Propaganda in Wartime, published in conjunction with the Imperial War Museum. Her history books include a series about Victorian childhood and books about Plains Indians and Aztecs. Ruth's interest in Terezin was sparked during research for an educational pack on Holocaust art for the London Gallery of Jewish Art. The gallery owns a powerful series of prints by Leo Haas, one of the artists featured in the book, and Ruth became intrigued to find out more about the place that had inspired them. As well as writing educational books, Ruth travels widely, collecting recycled artefacts, which she has shown in bespoke exhibitions at major British museums and galleries for the past 7 years. In her spare time, Ruth enjoys long-distance walking, stone carving and reading modern American literature.