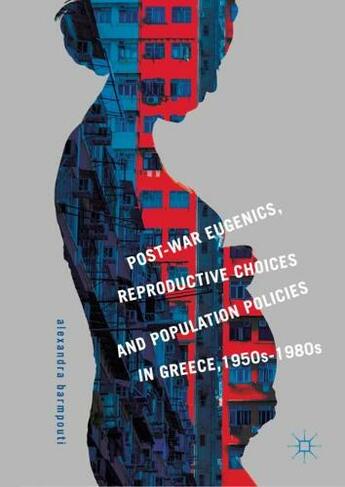 This book sheds light on the history of Greek eugenics during the post-war period. At this time, eugenics had already been condemned by international declarations. Alexandra Barmpouti, however, challenges the assumption that eugenics disappeared and confirms the continuity of eugenics after the Second World War. She looks at the Greek paradigm because it included the establishment of a eugenics society in 1953 and revealed the contact of Greek eugenicists with renowned British and American birth control advocates. The book covers for the first time the untold history of contraception in Greece during the 1950s and 1960s when the use of female contraceptives was forbidden. It thus argues that birth control was ideologically based on eugenics. In the same context, the book discusses significant breakthroughs related to eugenics, such as the rise of the feminist movement and the advance of human genetics that took place during this period. 1 Illustrations, black and white; XI, 204 p. 1 illus.

Alexandra Barmpouti holds a PhD in the History of Medicine from Oxford Brookes University. Her research interests include the relationship between eugenics and the control of human reproduction and population management.