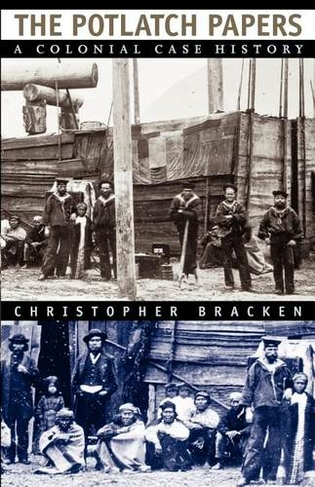 Variously described as an exchange of gifts, a destruction of property, a system of banking, and a struggle for prestige, the potlatch is one of the founding concepts of anthropology. Some researchers even claim to have discovered traces of the potlatch in all the economies of the world. However, as the author of this text shows in this closely-argued work, the potlatch was in fact invented by the 19th-century Canadian law that sought to destroy it. In addition to giving the world its own potlatch, the law also generated a random collection of "potlatch papers" dating from the 1860s to the 1930s. Bracken analyzes these documents - some canonical, like Franz Boas's ethnographies, others unpublished and little known - to catch a colonialist discourse in the act of constructing fictions about certain "first nations" and then deploying those fictions against them. Rather than referring to objects that already exist, the "potlatch papers" instead gave themselves something to refer to: a mirror in which to observe not "the Indian," but "the European." 9 halftones, 2 maps