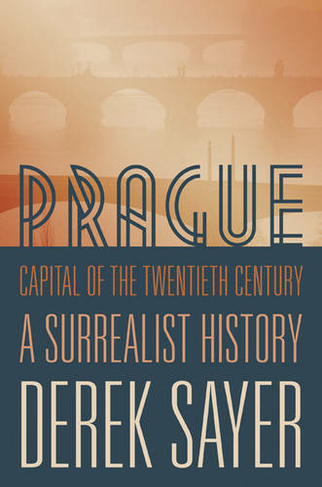 Prague, Capital of the Twentieth Century A Surrealist History

Setting out to recover the roots of modernity in the boulevards, interiors, and arcades of the "city of light," Walter Benjamin dubbed Paris "the capital of the nineteenth century." In this eagerly anticipated sequel to his acclaimed Coasts of Bohemia: A Czech History, Derek Sayer argues that Prague could well be seen as the capital of the much darker twentieth century. Ranging across twentieth-century Prague's astonishingly vibrant and always surprising human landscape, this richly illustrated cultural history describes how the city has experienced (and suffered) more ways of being modern than perhaps any other metropolis. Located at the crossroads of struggles between democratic, communist, and fascist visions of the modern world, twentieth-century Prague witnessed revolutions and invasions, national liberation and ethnic cleansing, the Holocaust, show trials, and snuffed-out dreams of "socialism with a human face." Yet between the wars, when Prague was the capital of Europe's most easterly parliamentary democracy, it was also a hotbed of artistic and architectural modernism, and a center of surrealism second only to Paris. Focusing on these years, Sayer explores Prague's spectacular modern buildings, monuments, paintings, books, films, operas, exhibitions, and much more. A place where the utopian fantasies of the century repeatedly unraveled, Prague was tailor-made for surrealist Andre Breton's "black humor," and Sayer discusses the way the city produced unrivaled connoisseurs of grim comedy, from Franz Kafka and Jaroslav Hasek to Milan Kundera and Vaclav Havel. A masterful and unforgettable account of a city where an idling flaneur could just as easily be a secret policeman, this book vividly shows why Prague can teach us so much about the twentieth century and what made us who we are. 54 halftones. 8 line illus.

Derek Sayer is Professor of Cultural History at Lancaster University and a former Canada Research Chair at the University of Alberta. His previous books include The Coasts of Bohemia: A Czech History (Princeton) and Capitalism and Modernity. He is a fellow of the Royal Society of Canada.