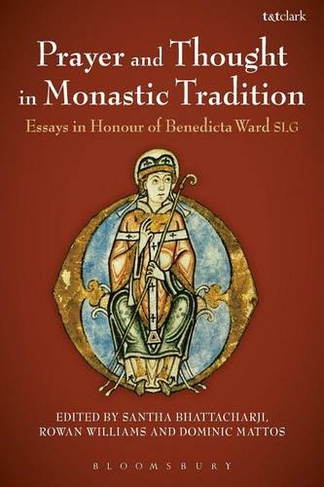 Prayer and Thought in Monastic Tradition: Essays in Honour of Benedicta Ward Slg

Prayer and Thought in Monastic Tradition presents a chronological picture of the development of monastic thought and prayer from the early English Church (Bede, Adomnan) through to the 17th Century and William Law's religious community at King's Cliffe. Essays interact with different facets of monastic life, assessing the development and contribution of figures such as Boniface, the Venerable Bede, Anselm of Canterbury and Bernard of Clairvaux. The varying modes and outputs of the monastic life of prayer are considered, with focus on the use of different literary techniques in the creation of monastic documents, the interaction between monks and the laity, the creation of prayers and the purpose and structure of prayer in different contexts. The volume also discusses the nature of translation of classic monastic works, and the difficulties the translator faces. The highly distinguished contributors include; G.R. Evans, Sarah Foot, Henry Mayr-Harting, Brian McGuire, Henry Wansbrough and Rowan Williams. 6 illus