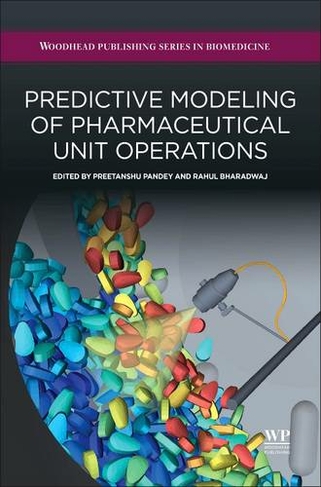 The use of modeling and simulation tools is rapidly gaining prominence in the pharmaceutical industry covering a wide range of applications. This book focuses on modeling and simulation tools as they pertain to drug product manufacturing processes, although similar principles and tools may apply to many other areas. Modeling tools can improve fundamental process understanding and provide valuable insights into the manufacturing processes, which can result in significant process improvements and cost savings. With FDA mandating the use of Quality by Design (QbD) principles during manufacturing, reliable modeling techniques can help to alleviate the costs associated with such efforts, and be used to create in silico formulation and process design space. This book is geared toward detailing modeling techniques that are utilized for the various unit operations during drug product manufacturing. By way of examples that include case studies, various modeling principles are explained for the nonexpert end users. A discussion on the role of modeling in quality risk management for manufacturing and application of modeling for continuous manufacturing and biologics is also included.

Preetanshu Pandey obtained his Bachelor's chemical engineering degree from Indian Institute of Technology, Kanpur, India. He holds a M.S. and Ph.D. degree in chemical engineering from West Virginia University. He is currently working as a Principal Scientist at the Drug Product Science and Technology department at Bristol-Myers Squibb. At BMS, he is primarily involved with developing oral solid dosage drug products. Prior to joining BMS, he worked at Schering-Plough/Merck for over 3 years on drug product development of inhalation products. He is actively involved with AAPS and AICHE organizations and has chaired symposiums and open forums in previous annual meetings. He serves as a reviewer for multiple journals and has authored over 40 peer-reviewed publications, 3 patent applications, and 3 invited book chapters. Dr. Rahul Bharadwaj is the Vice-President of Engineering and Business Development at Rocky DEM, Inc. Dr. Bharadwaj has over a decade of experience in the development, validation and application of computational tools such as Discrete Element Modeling (DEM), Computational Fluid Dynamics and Finite Element Analyses for industries such as pharmaceutical, chemical, agriculture, mining, oil & gas, etc. He received his M.S. in Mechanical Engineering from the University of Kentucky (2003) and a Ph.D. in Mechanical Engineering from Purdue University (2006). He has since then held positions as senior scientist in Pfizer R&D and also as a consulting engineer at Jenike and Johanson Inc. He is also an active member of American Institute of Chemical Engineers (AIChE), American Association of Pharmaceutical Scientists (AAPS), and is the founder and past-chair of its Process Modeling and Simulation Focus Group