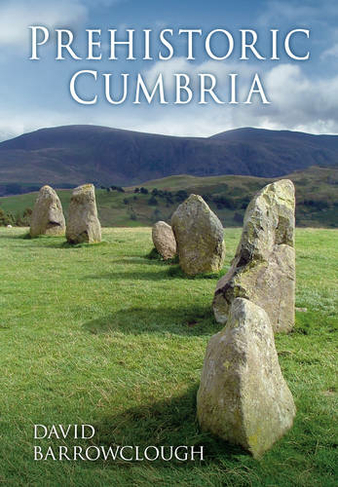 By David Barrowclough (Author)
Paperback
https://www.whsmith.co.uk/products/prehistoric-cumbria/david-barrowclough/paperback/9780752450872-12-000.html £15.99 rrp £19.99 Save £4.00 (20%)
GBP
Availability
In Stock
Free Delivery Available When You Spend £25 Or More
Details
Spend £25 On Products To Receive Free Standard Delivery To Your Home Or Free Next Working Day Click And Collect To Store

Cumbria is home to some of Britain's most breathtaking prehistoric archaeology. King Arthur's Round Table, for instance, is a spectacular Neolithic henge and the largest of its kind in Britain. Furthermore, Cumbria's rural landscape has preserved the arrangement of its ancient monuments - some more complete, even, than at Stonehenge. Prehistoric Cumbria is the first book to consider the development of Cumbria from the end of the last ice age until the arrival of the Romans. Famous for its stone axe factories and stone circles this book attempts for the first time to put prehistoric Cumbrian sites and objects into the social context of the men, women and children who used them. Using the latest archaeological research Dr David Barrowclough considers what life was like in the prehistoric past in Cumbria, considering aspects of daily life and death, food procurement, trade, ritual and belief.