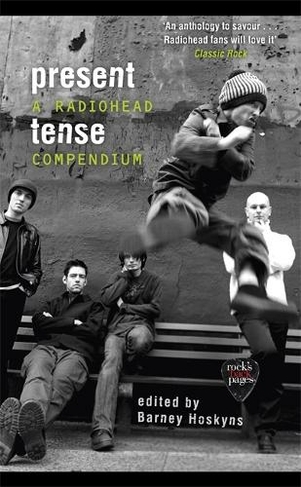 'Present Tense is an anthology to savour . . . giving you as sharp a portrait of this unknowable band as you could hope for . . . Radiohead fans will love it' Classic Rock A Rock's Backpages anthology of Radiohead, the most radical and fascinating rock band in modern music history, edited and introduced by Barney Hoskyns. For over 25 years, Radiohead have been the most radical and fascinating rock band in the world. Fearless in their desire to change and shape-shift, the Oxfordshire quintet has - through the nine studio albums from 1993's Pablo Honey to 2016's A Moon-Shaped Pool - consistently stretched the boundaries of what 'rock' means and does. Anchored in Thom Yorke's soaring voice and elliptical lyrics, and in the compositional genius of guitarist/keyboardist Jonny Greenwood, Radiohead continue to astonish as they approach their fourth decade. Present Tense collects the best writing on this most literate of pop groups, from the earliest local reports about On A Friday - Radiohead's first moniker - through the inspired commentary of Mark Greif and Simon Reynolds to the trenchant profiles of Will Self, John Harris and others. It's an anthology that goes a long way towards explaining what Rock's Backpages editor Barney Hoskyns describes as the band's 'seriousness, emotional grandeur and willingness to stare humanity's dystopian hi-tech future in the face'. 5 integrated b/w images

Barney Hoskyns is the co-founder and editorial director of online rock-journalism library Rock's Backpages (www.rocksbackpages.com), and author of several books including Across the Great Divide: The Band & America (1993), Waiting for the Sun: Strange Days, Weird Scenes, & the Sound of Los Angeles (1996), Hotel California: Singer-Songwriters & Cocaine Cowboys in the LA Canyons (2005) and Lowside of the Road: A Life of Tom Waits (2009). A former US correspondent for MOJO, Hoskyns writes for Uncut and other UK publications, and has contributed to Vogue, Rolling Stone and GQ.