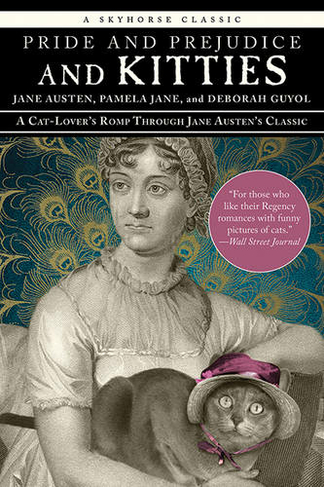 Pride and Prejudice and Kitties: A Cat-Lover's Romp through Jane Austen's Classic

Jane Austen (1775 1817) was an English novelist whose works of romantic fiction, set among the gentry, earned her a place as one of the most widely read writers in English literature. Austen lived in Hampshire, England. Pamela Jane coaches writers, conducts writing workshops nationally and internationally, and has written twenty-seven children s books including Little Goblins Ten and Noelle of the Nutcracker. Pamela also contributes to the popular blog, womensmemoirs.com. She resides in Philadelphia, PA. Deborah Guyol has studied photography with Larry Sultan, Judy Dater, and Ellen Brooks, and her photographs have appeared in print and web publications. She is also a lawyer and the co-author of, and she edits a legal publication, teaches creative writing, and run writing workshops. She lives in Portland, OR. "