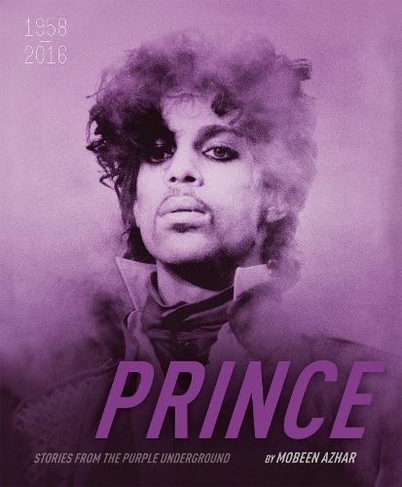 Prince: Stories from the Purple Underground

By Mobeen Azhar (Author)
Hardback
£16.00 rrp £20.00 Save £4.00 (20%)
GBP
Availability
In Stock
Free Delivery Available When You Spend £25 Or More
Details
Spend £25 On Products To Receive Free Standard Delivery To Your Home Or Free Next Day Click and Collect To Stores

Prince was an icon of artistry and individuality, a symbol (quite literally, at one point in his career) of independence, a man who lived for the art of his music. He chose to position himself outside the confines of the music industry and recorded, played and performed the way he wanted to. And it worked: his fans were devoted, his influence was huge, his music popular around the world, and his live shows legendary: news of his untimely death was met with shock and surprise. Journalist and Prince fanatic Mobeen Azhar interviewed key members of Prince's entourage, many of them speaking about the great man for the first time and this book highlights those first-hand accounts, to paint a more up-close-and-personal picture of this visionary artist than you have ever seen before. 120 clr and b&w photos

Mobeen Azhar is a BBC journalist, regular reporter for NPR's This World, and Prince fanatic. His documentary short Hunting For Prince's Vault was a worldwide hit, airing on BBC News 24, BBC World Service and NPR. While filming it he visited Paisley Park and interviewed many of Prince's associates, some of them speaking about Prince for the first time. Mobeen has reported for BBC's The One Show, Assignment, 5Live Investigates, as well as appearing on The Huffington Post Live. He has won an Amnesty International award and has been nominated for a One World Media Award and a BAFTA award. He has attended 53 Prince concerts and even appeared on stage with the man himself.