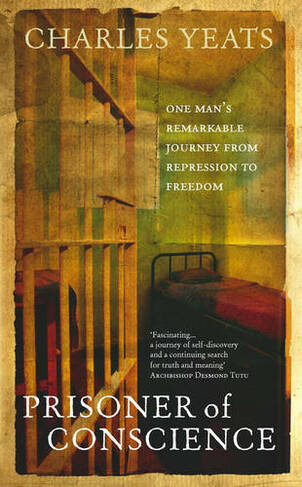 Prisoner of Conscience One man's remarkable journey from repression to freedom

By Charles Yeats (Author)
Hardback
https://www.whsmith.co.uk/products/prisoner-of-conscience-one-mans-remarkable-journey-from-repression-to-/charles-yeats/hardback/9781846040016-01-000.html £11.95 rrp £12.99 Save £1.04 (8%)
GBP
Availability
Currently unavailable. We don't know when or if this item will be back in stock
Share

Charles Yeats had a privileged upbringing as a White South African in the late 1970's and early 80's, and seemed destined to remain one of the social elite. However he felt increasingly uncomfortable with the Apartheid regime and moved to London to escape military service at home. Later he returned to face inevitable arrest as a conscientious objector. He was court martialled and sentenced to the now well-known Detention Barracks, where he refused to wear military uniform, and was put in solitary confinement five times. All this led to an unprecedented second court martial and a further year's incarceration in the notorious Pretoria Central Prison. During this period he was adopted by Amnesty International as one of their Prisoners of Conscience. After his release (in February 83) he studied Theology at Oxford and today teaches at Durham University. He also advises corporations on their social, environmental and moral responsibilities. 'Prisoner of Conscience' is a fascinating slice of history from one man who lived it in the front line. But, much more than that, given his experiences in southern Africa as well as his contemporary concerns, the author also makes trenchant comments about Western imperialism, and the way the Church (the Anglican one in particular) is losing the opportunity to show us that love and friendship offer the only way forward to a lasting peace.

Born and brought up in Basutoland and South Africa during the Apartheid years, Charles Yeats now lives in Durham where he is a fellow in Business and Society at the University of Durham and also the Director of an organization called 'Durham Ethics'. He lives in Durham with his wife and two children, and also in the Yorkshire Dales.