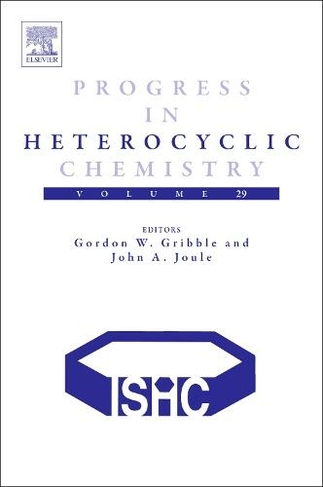 Also available on eBook for £148.91. Click here to purchase from Rakuten Kobo

Gordon Gribble is the Dartmouth Professor of Chemistry at Dartmouth College, Hanover, USA. His research program covers several areas of organic chemistry, most of which involve synthesis, including novel indole chemistry, triterpenoid synthesis, DNA intercalation, and new synthetic methodology. Prof Gribble also has a deep interest in naturally occurring organohalogen compounds, and in the chemistry of wine and wine making. John Arthur Joule did his BSc, MSc, and PhD degrees at The University of Manchester, obtaining his PhD in 1961. He then undertook post-doctoral work at Princeton University and Stanford University, before joining the academic staff of the Chemistry Department at The University of Manchester in 1963, where he is currently a Professor. In 1996 he received an RSC Medal for Heterocyclic Chemistry.