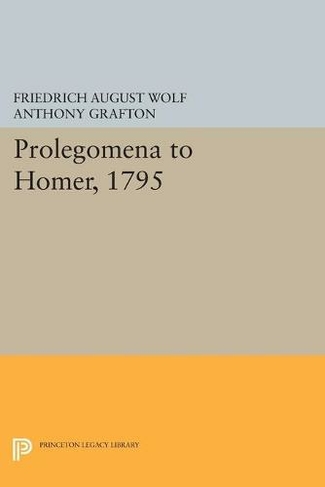 The subjects Wolf addressed have dominated Homeric scholarship for almost two centuries. Especially important were his analyses of the history of writing and of the nature of Alexandrian scholarship and his consideration of the composition of the Homeric poems--which set the terms for the analyst/unitarian controversy. His exploration of the history of the transmission of the text in antiquity opened a new field of research and transformed conceptions of the relations of ancient and modern culture. Originally published in 1986. The Princeton Legacy Library uses the latest print-on-demand technology to again make available previously out-of-print books from the distinguished backlist of Princeton University Press. These editions preserve the original texts of these important books while presenting them in durable paperback and hardcover editions. The goal of the Princeton Legacy Library is to vastly increase access to the rich scholarly heritage found in the thousands of books published by Princeton University Press since its founding in 1905.