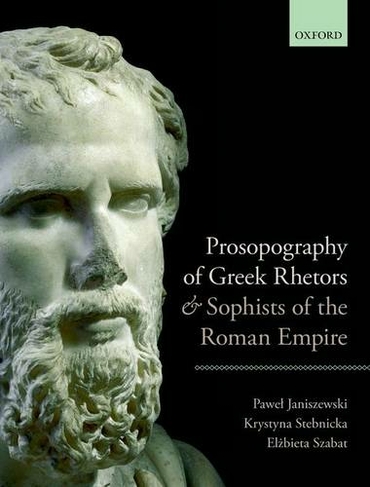 Prosopography of Greek Rhetors and Sophists of the Roman Empire

This volume - the first project of its kind in the field - collates c. 1200 biographical entries on Greek sophists and rhetors who flourished in the Roman Empire from the first to the seventh century AD. Ancient Greek sophists, the masters of speech and teachers of rhetoric, constituted one of the most important and interesting intellectual circles of the ancient world. The prosopography provides comprehensive information on sophists and their activities, using abundant and varied source material such as literary texts (including those of the rhetors themselves) and papyrological, epigraphic, and numismatic evidence. Each entry provides data (where available) on sources in which the person is attested, biographical details, career, and rhetorical activity. Prosopography of Greek Rhetors and Sophists of the Roman Empire constitutes a basis and a tool for subsequent in-depth studies on the Greek Sophistic movement, as well as a useful reference book for students and all those interested in the culture of the ancient world.