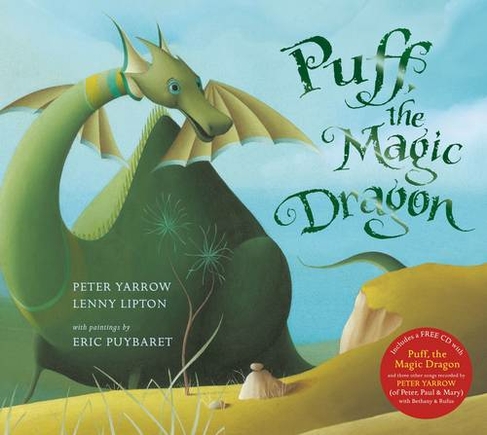 Become lost in the dreamy illustrations that capture the enchanted land of Honalee and its extraordinary inhabitants, and share in the adventures of Jackie Paper and his childhood friend, Puff, the magic dragon. The timeless Peter, Paul and Mary song, and bestselling children's book and CD set, is now available as a beautiful gift set. Enjoy two vibrant bonus versions of the song plus two other tracks (Froggie Went A-Courtin' and The Blue Tail Fly) on an exclusive CD. Eric Puybaret has also illustrated The Night Before Christmas and Alice in Wonderland: Down the Rabbit Hole for Macmillan Children's Books. Contains 1 Paperback / softback and 1 CD-Audio

Peter Yarrow is best known as a singer and songwriter, especially as a member of the folk group Peter, Paul and Mary. He believes that music from the folk tradition can bring people together in special ways that reveal how much we truly have in common with one another - and that we can be friends, despite our differences. Lenny Lipton, now a well-known independent filmmaker, wrote the poem which became Puff, the Magic Dragon whilst at university. He lives in Los Angeles with his wife and family. Eric Puybaret has already published more than twenty books in his native France, and is best known in the UK for his illustrations in Puff, the Magic Dragon. His dreamy, peaceful artwork conveys all the charm and wonder of this much-loved poem.