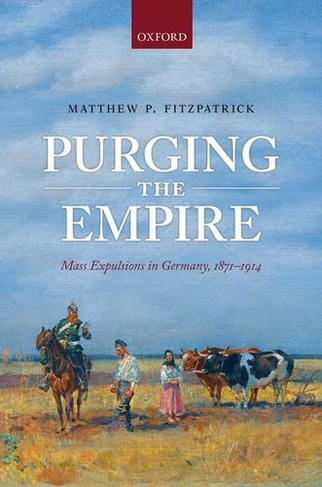 While the fate of minorities under Nazism is well known, the earlier expulsions of Germany's unwanted residents are less well understood. Against a backdrop of raging public debate, and numerous claims of a 'state of exception', tens of thousands of vulnerable people living in the German Empire were the victims of mass expulsion orders between 1871 and 1914. Groups as diverse as Socialists, Jesuits, Danes, colonial subjects, French nationalists, Poles, and 'Gypsies' were all removed, under circumstances that varied from police actions undertaken by provincial governors through to laws authorising removals passed by the Reichstag. Purging the Empire examines the competing voices demanding the removal or the preservation of suspect communities, suggesting that these expulsions were enabled by the decentralised and participatory nature of German politics. In a surprisingly responsive political system, a range of players, including the Kaiser, the Reichstag, the bureaucracy, provincial officials, and local police authorities were all empowered to authorise the expulsion of unwanted residents. Added to this, the German press, civic associations, chambers of commerce, public intellectuals, religious societies, and the grassroots membership of political parties all played an important role in advocating or denouncing the measures before, during and after their implementation. Far from revealing the centrality of authoritarian caprice, Germany's mass expulsions point to the diffuse nature of coercive sovereign power and the role of public pressure in authorising or censuring the removals that took place in a modern, increasingly parliamentary Rechtsstaat.