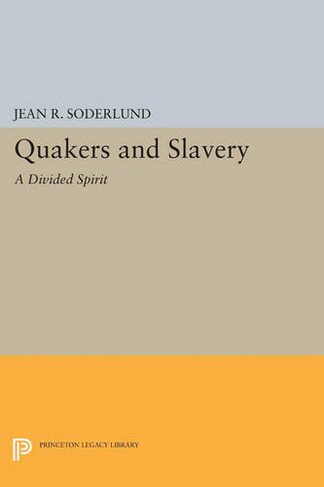 is book explores the growth of abolitionism among Quakers in Pennsylvania and New Jersey from 1688 to 1780, providing a case study of how groups change their moral attitudes. Dr. Soderlund details the long battle fought by reformers like gentle John Woolman and eccentric Benjamin Lay. The eighteenth-century Quaker humanitarians succeeded only after they diluted their goals to attract wider support, establishing a gradualistic, paternalistic, and segregationist model for the later antislavery movement. Originally published in 1985. The Princeton Legacy Library uses the latest print-on-demand technology to again make available previously out-of-print books from the distinguished backlist of Princeton University Press. These editions preserve the original texts of these important books while presenting them in durable paperback and hardcover editions. The goal of the Princeton Legacy Library is to vastly increase access to the rich scholarly heritage found in the thousands of books published by Princeton University Press since its founding in 1905.