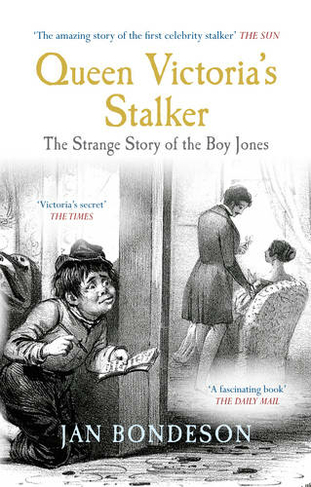 After her coronation in 1838, Queen Victoria was a frightened young woman. She was relentlessly pursued by a weird teenager, Edward, 'the Boy' Jones, who had an uncanny ability to sneak into Buckingham Palace without being detected. Once, he broke into her bedroom and stole her underwear, and at least twice he sat on the throne. 'If he had come into my bedroom, how frightened I would have been', the Queen wrote in her journal after the Boy Jones had been hauled out from underneath a sofa in her dressing room. This book tells the full story of the Boy Jones, one of the first celerity stalkers in history: his heady days as a media celebrity, and the long and bitter years as a Britain's galley slave, imprisoned without charge or trial. It suggests that 'stalking' is not a modern phenomenon, rather a relabeling of aberrant human behaviour that has been known for centuries. It also raises the moral question of what lengths the authorities should go to 'remove' some royal stalker or potential assassin, since the Boy Jones was held captive in breach of habeas corpus for longer than any wartime fascist, IRA member or Moslem terrorist. Includes 47 Illustrations 47 Illustrations, unspecified

Jan Bondeson is a respected true crime writer, and author of 'The London Monster', 'Murder Houses of London', 'Rivals of the Ripper' and other books. He lives in Dunbar, Scotland.