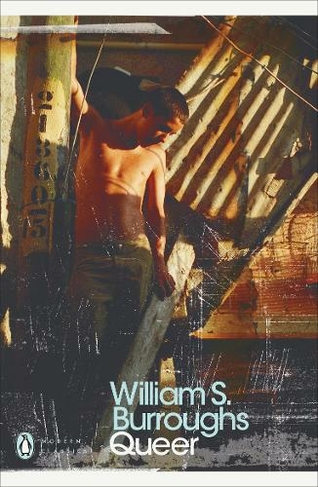 Originally written in 1952 but not published till 1985, Queer is an enigma - both an unflinching autobiographical self-portrait and a coruscatingly political novel, Burroughs' only realist love story and a montage of comic-grotesque fantasies that paved the way for his masterpiece, Naked Lunch. Set in Mexico City during the early fifties, Queer follows William Lee's hopeless pursuit of desire from bar to bar in the American expatriate scene. As Lee breaks down, the trademark Burroughsian voice emerges; a maniacal mix of self-lacerating humor and the Ugly American at his ugliest. A haunting tale of possession and exorcism, Queer is also a novel with a history of secrets, as this new edition reveals.

William S Burroughs (Author) William S. Burroughs was born on February 5, 1914 in St Louis. In work and in life Burroughs expressed a lifelong subversion of the morality, politics and economics of modern America. To escape those conditions, and in particular his treatment as a homosexual and a drug-user, Burroughs left his homeland in 1950, and soon after began writing. By the time of his death he was widely recognised as one of the most politically trenchant, culturally influential, and innovative artists of the twentieth century. His numerous books include Naked Lunch, Junky, Queer, Nova Express, Interzone, The Wild Boys, The Ticket That Exploded and The Soft Machine. After living in Mexico City, Tangier, Paris, and London, Burroughs finally returned to America in 1974. He died in 1997.Oliver Harris (Introducer) Oliver Harris is professor of American literature at Keele University and the editor of The Letters of William S. Burroughs, 1945-1959 (1993), Junky: the Definitive Text of "Junk" (2003), The Yage Letters Redux (2006), and Everything Lost: The Latin American Notebook of William S. Burroughs (2008). He has published articles on film noir, the epistolary, and Beat Generation writing and the book William Burroughs and the Secret of Fascination (2003). He is currently co-editing Naked Lunch@50: Anniversary Essays (2009) and working on a new twenty-fifth anniversary edition of Queer (forthcoming in 2010).