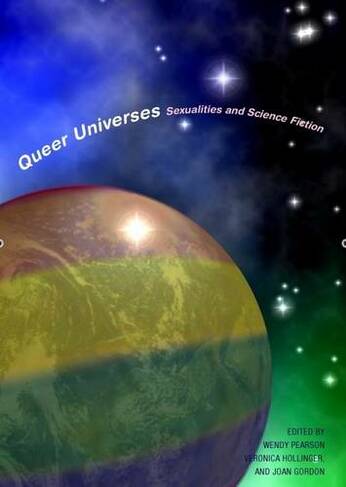 Contestations over the meaning and practice of sexuality have become increasingly central to cultural self-definition and critical debates over issues of identity, citizenship and the definition of humanity itself. In an era when a religious authority can declare lesbians antihuman while some nations legalise same-sex marriage and are becoming increasingly tolerant of a variety of non-normative sexualities, it is hardly surprising that science fiction, in turn, takes up the task of imagining a diverse range of queer and not-so-queer futures. The essays in Queer Universes investigate both contemporary and historical practices of representing sexualities and genders in science fiction literature. Queer Universes opens with Wendy Pearson's award-winning essay on reading sf queerly and goes on to include discussions about 'sextrapolation' in New Wave science fiction, 'stray penetration' in William Gibson's cyberpunk fiction, the queering of nature in ecofeminist science fiction, and the radical challenges posed to conventional science fiction in the work of important writers such as Samuel R. Delany, Ursula K. Le Guin, and Joanna Russ. In addition, Queer Universes offers an interview with Nalo Hopkinson and a conversation about queer lives and queer fictions by authors Nicola Griffith and Kelley Eskridge.