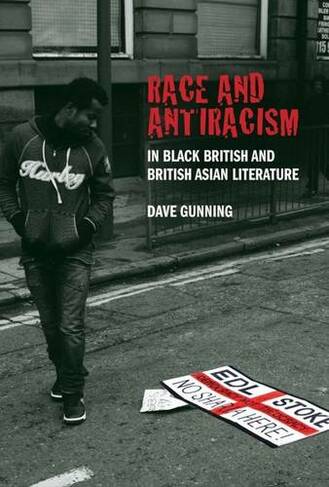 Race and Antiracism in Black British and British Asian Literature

By Dave Gunning (Author)
Hardback
https://www.whsmith.co.uk/products/race-and-antiracism-in-black-british-and-british-asian-literature/dave-gunning/hardback/9781846314827-01-000.html £85.00
GBP
Availability
Currently unavailable. We don't know when or if this item will be back in stock
With Free Saver Delivery
Details
FREE SHIPPING over £20 for Saver Delivery
Share

'Race and Antiracism in Black British and British Asian Literature' offers the first extended exploration of the cultural impact of the politics of race and antiracism in Britain through focussing on a selection of recent novels by black British and British Asian writers. The study argues that an understanding of how race and ethnicity function in contemporary Britain can only be gained through attention to antiracism: the politics of opposing discrimination that manifest at the level of state legislation, within local and national activism, and inside the scholarly exploration of race. It is antiracism that now most strongly conditions the emergence of racial categorisations but also of racial identities and models of behaviour. This sense of how antiracism may determine the form and content of both political debate and individual identity is traced through an examination of ten novels by black British and British Asian writers. These authors range from the well known to the critically neglected: works by Monica Ali, Nadeem Aslam, Fred D'Aguiar, Ferdinand Dennis, Hanif Kureishi, Gautam Malkani, Caryl Phillips, Mike Phillips, Zadie Smith, and Meera Syal are carefully read to explore the impacts of antiracism. These literary studies are grouped into three main themes, each of which is central to the direction of racial political identities over the last two decades in Britain: the use of the continent of Africa as a symbolic focus for black political culture; the changing forms of Muslim culture in Britain; and the emergence of a multiculturalist ethos based around the notion of ethnic communities.

Dave Gunning is Lecturer in English Literature at the University of Birmingham.