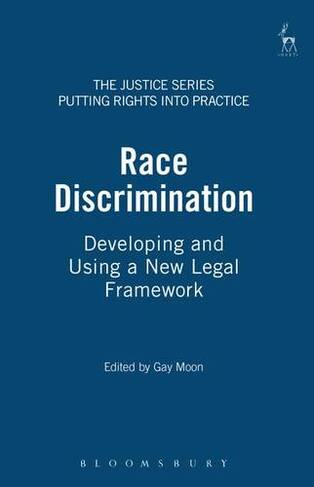 Given the recent developments in the European Union and the Council of Europe calling for greater protection from discrimination and promotion of equality,this report is both a timely and a valuable contribution to current debates. It maps out the territory covered by the new anti-discrimination provisions at a European Union level and draws on the experience of the provision of anti-discrimination laws in selected countries. It examines the effect of incorporation of the Human Rights Act in UK domestic law, and the proposals in the Council of Europe for strengthening the European Convention on Human Rights anti-discrimination provision. Finally, it suggests recommendations for strengthening protection from discrimination at the EU level. Contents: Foreword - Robin Allen; Introduction: setting the context - Gay Moon; Legal background - Razia Karim and Gay Moon; International treaties and comparative experience - Rabinder Singh QC; Equality as a Human Right: Towards a stronger European protection against discrimination; the preparation of a new additional protocol to the ECHR - Jeroen Schokkenbroek; Applying equality and non-discrimination rights through the Human Rights Act 1998 - Jonathan Cooper; Equality as an EC Right: The European Union and Article 13 of the Treaty establishing the European Community - Elspeth Guild; The new Article 13 EC Treaty: a platform for a European policy against racism? - Mark Bell; Race Discrimination and the role of the European Union - Conor Gearty; Conclusions and recommendations - Gay Moon; Appendices - I) Summaries of legislation in Canada, the Netherlands and India; 2) Proposed Additional Protocol, July 1999; 3) Proposals for new EC directives, December 1999.

Gay Moon is a solicitor working in the field of discrimination and employment law.