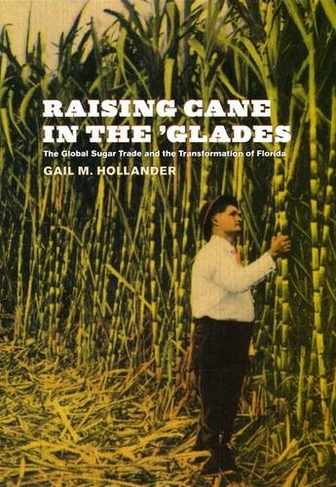 Over the last century, the Everglades underwent a metaphorical and ecological transition from impenetrable swamp to endangered wetland. At the heart of this transformation lies the Florida sugar industry, which by the 1990s was at the center of the political storm over the multi-billion dollar ecological "restoration" of the Everglades. "Raising Cane in the Glades" is the first study to situate the environmental transformation of the Everglades within the economic and historical geography of global sugar production and trade.Using interviews, government and corporate documents, and recently declassified U.S. State Department memoranda, Gail M. Hollander demonstrates that the development of Florida's sugar region was the outcome of pitched battles reaching the highest political offices in the United States and in countries around the world, especially Cuba - which emerges in her narrative as a model, a competitor, and the regional "other" to Florida's "self." Spanning the period from the age of empire to the era of globalization, the book shows how the "sugar question" - a label nineteenth-century economists coined for intense international debates on sugar production and trade - emerges repeatedly in new guises. Hollander uses the sugar question as a thread to stitch together past and present, local and global, in explaining Everglades transformation. 25 halftones, 6 line drawings, 5 tables

Gail M. Hollander is associate professor of geography in the Department of International Relations at Florida International University.