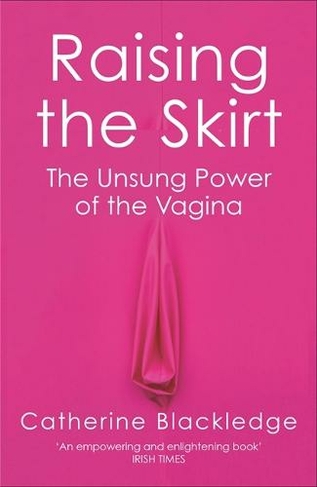 Raising the Skirt: The Unsung Power of the Vagina

By Catherine Blackledge (Author)
Paperback
https://www.whsmith.co.uk/products/raising-the-skirt-the-unsung-power-of-the-vagina/catherine-blackledge/paperback/9781474615839-12-000.html £8.19 rrp £9.99 Save £1.80 (18%)
GBP
Availability
In Stock
Free Delivery Available When You Spend £25 Or More
Details
Spend £25 on eligible products to receive free standard delivery to home or free next working day click and collect to store
Share

'A meticulous guide not only to the vagina but to changing perceptions of womanhood' OBSERVER 'An empowering and enlightening book' IRISH TIMES The vagina is the ultimate symbol of female power. Sexual power, creative power and the power to prevent harm. For too long, though, the true extent of vaginal power has been ignored, hidden and misrepresented. Raising the skirt: the unsung power of the vagina reveals this revolutionary view of female genitalia and points the way to a new understanding of what it means to be female. An inspiration for millennia, the vagina is actually a muscular marvel of engineering - sensitive and strong, fluid and flexible. Far from being a passive vessel, female genitalia control the most important role of all: the survival of the species. Originally published as THE STORY OF V: OPENING PANDORA'S BOX

Dr Catherine Blackledge is a science communicator and sex and fertility campaigner whose career and interests span the worlds of science and the taboo in society. The first edition of this book, The Story of V (2003), an internationally-acclaimed celebration of the vagina and female power, has sold over 100,000 copies, been translated into ten languages and published in 13 countries. She is also the author of The Man Who Saw the Future: a biography of William Lilly, the story of the world famous seventeenth-century astrologer whose celestial forecasts enthralled the nation and changed the course of the English Civil War, and how the Establishment attempted to silence him and astrology for good (Watkins, 2015). Born in 1968, she has a science degree and PhD. She lives in northwest England with her husband, daughter and cat. She can be contacted on Twitter at @cathblackledge and would like to hear about your raising the skirt - anasyrma - stories from around the globe.